Planning Process to Determine Future of the Kinnickinnic River Corridor 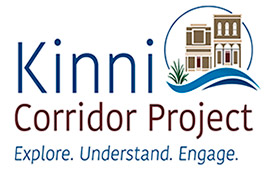 For more information contact:
Mary Zimmermann, Communications Manager
715/426-3405; This email address is being protected from spambots. You need JavaScript enabled to view it.

River Falls, WI - The City of River Falls is embarking on a comprehensive, two-year planning process focused on the Kinnickinnic River Corridor and the existing and future relationship of the community with the river and adjoining urban and undeveloped areas.

The community kick-off event begins a dialogue that will shape the final corridor plan. The event is Thursday, Dec. 8, from 6:30 to 8 p.m. at the River Falls Public Library (lower level), 140 Union Street, River Falls, WI. A brief program begins at 7 p.m. featuring project leaders. Approximately 200 participants are expected to attend. The event is open to the public; refreshments will be served.

In late 2013, the City began the federal relicensing process for two hydroelectric dams on a segment of the Kinnickinnic River that runs through the urban core.

On March 17, 2016, the Federal Energy Regulatory Commission (FERC) granted a request for a five-year license extension for the River Falls Hydroelectric Project. This action extends the license term to August 2023 and establishes a deadline for the City to notify FERC by August 31, 2018, on whether the City will relicense or surrender the licenses.

“After thoughtful community engagement, the City Council determined that now is the appropriate time to begin a carefully considered, multi-phased process that leads to a comprehensive long-term plan for the Kinnickinnic River Corridor,” said Buddy Lucero, project coordinator and the City’s community development director.

“This is expected to be the largest community-wide planning project in the City’s history,” said Lucero.

The planning process officially began with the first meeting of an 11-member Corridor Project Planning Committee on Nov. 17, 2016. The committee will guide the planning process through 2017, 2018, and into 2019. The kick-off event is the first in an extensive, intensive, multi-layered community engagement program.

“We will provide every opportunity for residents and other stakeholders to be heard,” said Lucero. “And we want everyone, who wishes to be, involved in the project.”

When complete, the Kinni Corridor plan will establish a future vision for the area and strategies for implementation. The plan will address land use, economic development, hydroelectricity and renewable energy, recreation, tourism, and conservation opportunities to best meet the needs of the community.

The Kinnickinnic River is an exceptional natural resource in western Wisconsin. The 22-mile, spring-fed river is a world-class trout stream with over 8,000 trout per mile in some stretches. The “Kinni” flows through the City of River Falls and is a popular recreation and natural area within the Wisconsin portion of the Twin Cities Metropolitan Area.

The Kinni’s 174-square-mile watershed is home to more than 50 percent of the bird species and 40 percent of the plant species found in Wisconsin. It contains more than 40 species of endangered, threatened, or special concern plants, animals, and insects.