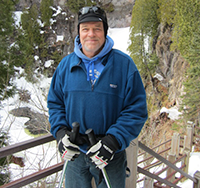 Kent Johnson is manager of the Environmental Monitoring Section of Metropolitan Council Environmental Services in St. Paul. He has 37 years of experience in water monitoring and water resources planning and management. As a member of the Kiap TU Wish Chapter of Trout Unlimited (TU), Kent has volunteered for decades to establish numerous water quality monitoring programs in Western Wisconsin. In 1992, Kent led the effort to begin the long-term thermal monitoring of the Kinnickinnic River as part of the City of River Falls’ Water Management Plan for the Kinnickinnic River and its Tributaries. Kent was a principal contributor to the development of the Non-point Source Control Plan for the Kinnickinnic River Priority Watershed (1999) and has collaborated on numerous technical papers and reports including Urban Storm Water Impacts on a Coldwater Resource and, recently, A History of Water Quality Improvements and Its Impact on the Vitality of Saint Paul’s Riverfront Development.

Kent received his undergraduate degree in biology and mathematics from St. Olaf College in 1974 and his Master of Science degree in Aquatic Biology/Limnology from Michigan Tech in 1980. In 2013, Kent was awarded the Wisconsin TUs’ Jeffery Carlson Volunteer Award to recognize his work in monitoring and protecting the Kinnickinnic River and numerous other small cold water streams in western Wisconsin and the upper Midwest. He has served in leadership positions with both Kiap TU Wish Chapter of Trout Unlimited and the Kinnickinnic River Land Trust. 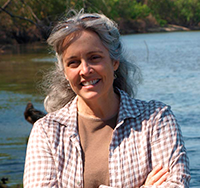 Carrie Jennings is research and policy director for the Freshwater Society of Minnesota. Prior to joining the Society in 2016, she worked as a field geologist for 24 years; 22 with the Minnesota Geological Survey and two with the Department of Natural Resources, Division of Lands and Minerals. For the last two years she was the science reports lead for the County Geologic Atlas program at the DNR. She appli
es her understanding of glacial geology and landscape evolution to shape policy and technical approaches for managing surface water and groundwater, avoiding hazards, and using resources wisely.

Carrie and her husband live on a 120-acre farm, which is primarily in a permanent conservation easement through the Dakota County (MN) Farmland and Natural Areas Program. She has twice been elected town board supervisor and served on the planning commission for Eureka Township. 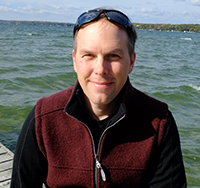 Matthew Mitro is a research scientist with the Wisconsin Department of Natural Resources (DNR). Matt specializes in trout ecology and population modeling, mark-recapture, fish ageing, stream fish and habitat sampling/monitoring, trout stocking, statistics, and effects of changing environmental conditions on fish. He joined the DNR in 2003. Matt completed his undergraduate work at Colgate University in 1992. He earned a Master’s Degree in Fisheries Biology from the University of Vermont in 1995. In 1999, he earned his master’s in statistics and was also awarded his Doctorate of Philosophy in Fisheries Biology from Montana State University.

Matt has collaborated on numerous technical reports during his career including the Wisconsin Initiative on Climate Change Impacts: Coldwater Fish and Fisheries Working Group Report. He has partnered with the Trout Unlimited to analyze the thermal monitoring data collected on the Kinnickinnic River. He was recently named co–chair of the Fishers & Farmers Partnership, after serving on the steering committee for several years. 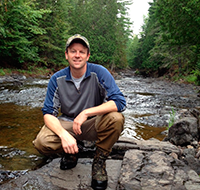 Marty Melchior is regional director with Inter-Fluve, a consulting firm specializing in stream restoration and engineering. He is an accomplished stream ecologist, having completed over 200 assessment and restoration projects across the country. His specialties include trout stream restoration, natural channel design, forensic fluvial geomorphology, dam removal, construction management and large woody debris dynamics. Marty has authored articles on geomorphology and the ecological effects of small dam removal. Prior to joining Inter-Fluve in 2000, Marty worked as a fisheries biologist for the Minnesota Department of Natural Resources.

Marty received his undergraduate degree from North Dakota State University in 1989. He earned his master’s in fisheries from the University of Minnesota in 1998. He is a Certified Fisheries Professional (CFP) and member of the American Fisheries Society. In 2016, Marty led the investigation of accumulated sediments in Lake George and Lake Louise on the Kinnickinnic River.